Dear fans and friends of JOHNNY LOGAN, there are wonderful news to share, as something I’ve been wishing for  for a long, long time has finally come true:

In collaboration with his son Jack Sherrard and Michael J. Müller of Play-Guitar.de JOHNNY LOGAN has just released his very first interactive songbook. The HD quality tutorial clips are optimized for PC, laptop, tablet and smartphone and can be played back as often as desired. All it takes is a current browser plus an internet connection.

Michael J. Müller, initiator, founder and manager of Play-Guitar.de, was kind enough to spontaneously give me a bit of his precious time in order to answer a few questions in regards to this exclusive songbook: 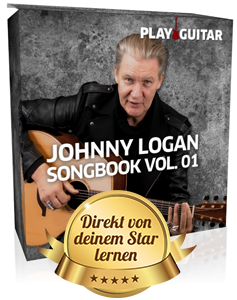 How did the idea of providing an online platform for interested guitar players come about?

To be quite honest, it was out of personal interest … – When I was a teenager, I used to take guitar lessons at the music school, and they left such a lot to be desired that I chucked in the guitar, full of frustration. Later I worked as a sound engineer in Munich and got in touch with a whole heap of really good guitarists, so I thought to myself: “Now I decide for the other side of the mixer.”

But somehow I still felt attracted to the guitar and started looking for a more modern way of doing guitar lessons which provide both fun and the option of learning more independently – and entirely without “preaching”. Matthias Reim introduced me to Michael “Bretti” Brettner, and we discovered straight away that we’re at the same wavelength. We analyzed the market and – even though there are a lot of offers – couldn’t find anything that appealed to us in regards to quality and content. So it was pretty clear, we’re gonna do this ourselves. What is more, we didn’t want any “subscription traps”, but a clean modular system where the customer can buy what he needs with no further strings attached.

About a year ago we started with our first course, “Von der Couch in den Proberaum in 10 Wochen” (“Off the couch to the rehearsal room in 10 weeks”). Meanwhile we do have 12 different courses online.

By the way: with our courses, I started playing the guitar at the tender age of 48 last year and now call 5 electric guitars and various amplifiers my own. Therefore, I’m living proof of how well our concept works.

Are the songbooks suitable for beginners as well?

Yes. We simplified the arrangement in a way that works for both absolute beginners and returners alike. Of course it does help being able playing the guitar at least a little bit already; otherwise it might become a little frustrating if you’re just about to start. But if you know the most important basic chords and how to strum a little bit, you’ll come to grips with our songbook just fine. For the more advanced, Jack always has a few helpful hints to offer. Whoever feels like it is very welcome to do one of the Play-Guitar beginner courses before, and then you’re definitely on the safe side .

Who came up with the idea of asking Johnny Logan, and how did he react?

I have been working with Sean for several years now (producing video clips like http://youtu.be/WFMddJSQkzE or http://youtu.be/O_ynxZ6n7UU, amongst other things) and come to appreciate him a lot during these productions; in the meantime we have also become friends in private.

The same applies to Matthias Reim who I have been working with for years. Since Bretti plays in is band, we gave birth to the idea of producing a novel and interactive songbook in which the artist himself uses online videos to teach his fans how to play their favorite songs. Matthias was very enthusiastic about this and it became quite obvious producing something similar for Johnny Logan.

Sean was all for it and absolutely dedicated to this subject.

When and where was the songbook recorded?

The recordings took place in my studio in Munich at the end of November.

How long did the recordings take?

We recorded in front of a green screen for about two days. The biggest amount of time I actually had to put into the cutting and the so-called post production, in cases like that, days turn into weeks quite quickly … And finally, I had to translate the whole thing into German and create the corresponding subtitles in order to make this songbook both available and understandable for the broadest audience possible.

And then the clips had to be integrated into the website and added as a product, sales sites had to be designed etc . – The devil is in the details … That is: a lot of work and commitment, but I think it was absolutely worth it.

How was it working with Johnny and his son Jack Sherrard?

Magnificent as always! I had actually met Jack in Dublin a few years ago. The great thing is – you can work with both of them in a very purposeful and clean manner without missing out on the fun part. 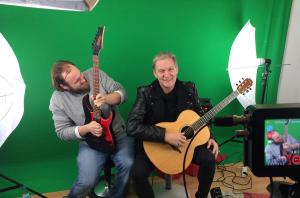 What was the most special/funniest experience when working with those two?

I love Sean’s (sometimes pretty dark) sense of humor! And with Jack it’s like father, like son.

One special situation … Yes, there was one, but it actually wasn’t that funny. When we unpacked Sean’s guitar we unfortunately had to notice that it had been damaged during the flight, showing several bad cracks of the rib … We temporarily fixed them with duct tape so we could work; good thing was the sound had not been affected by the damage. But this sort of thing is more than annoying, particularly because it was Sean’s favorite guitar. Meanwhile the little gem has been repaired again.

Who selected the songs that are released with Vol.1?

The selection was done by the artist himself; he picked his personal favorites of several decades. Of course you’ll find all of his EuroVision hits. – Listen closely, he also provides a lot of yet unreleased background information with every song.

Is there a title you like in particular? If so, why?

Well, there are quite a few … I really do like “Galway Girl”, as it features easy chords and is learnable in relatively short time. “Dancing With My Father” and “Solid Ground” are also some of my favorites. 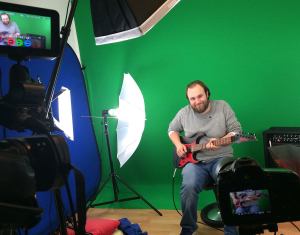 Will there be more songbooks by Johnny?

That depends on you, dear fans! If enough of you buy it, we’ll happily produce another issue.

Is the interactive songbook also available to fans from other countries?

Of course! Everyone who understands English (or German) is very welcome to purchase it! We’re hoping for some sales to the Scandinavian countries, for example.

Is there anything that you would like to add?

I’m really happy that the songbook has already received such an awesome feedback from the fans! We’d love to get more of that. Why don’t you share a video of yourself playing a Johnny Logan song? The best way of doing so is posting it to our Facebook page: https://www.facebook.com/playguitarsamplay

Thanks a lot  to  Mike Müller for that  interesting  interview and the great photos. 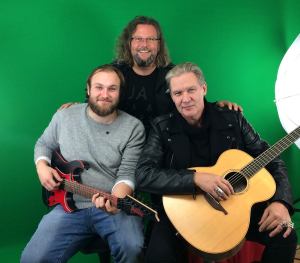 Here you can find the trailer of Johnny’s latest project:

Learning to play the guitar made easy with the Johnny Logan Songbook Vol. 1:

And this is the Johnny Logan Songbook Vol. 1 song list:

4. Dancing with my father

I believe this new songbook is an absolute MUST for every JOHNNY LOGAN fan who plays the guitar or is eager to learn it, and my heart was jumping when getting the news. And it jumped even higher when I received a spontaneous text message from one of my best friends including the registration for this course as a present. THANK YOU, BIBI! You see, this course also makes a perfect gift.

I especially like the fact that the videos are being displayed in their English original in order to make this songbook accessible to as many people as possible. This enables the student to listen to Johnny and his son without the overlay of a German voice. For German guitar players, subtitles are provided.

On todayfm.com Johnny Logan also gave a short telephone interview on the topic “Johnny Logan wants to teach you how to play guitar”:

I’m hoping you enjoyed the interview as much as I did (and the songbook as well, of course!).

Thanks a lot to my dearest friend Petra for translating this interview.

As always, I’m really looking forward to comments and feedback here and/or on Facebook.

Catch you later … Shine on! 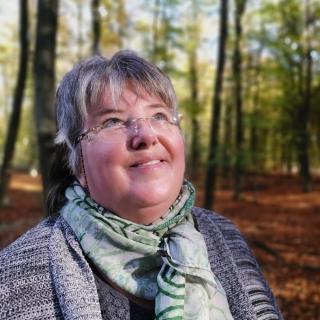